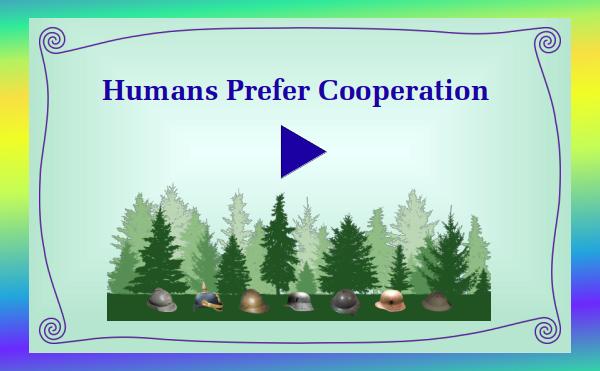 It is well known that during times of crisis, people cooperate. Neighbors and people who don’t know each other help one another in exceptional ways. Even more striking demonstrations of how human beings choose and create cooperation occurred during World War I, among soldiers of opposite sides! Biologist Robert Sopolsky describes these events:*

“This was a real event that happened, and an extraordinary one. This occurred during World War I. … In 1914, the first Christmas of World War I, somehow the decision was made that there was going to be a truce on Christmas day. All of the fighting up and down the trenches was going to cease for twenty-four hours, and has been documented. It was amazing and bizarre: men out of the trenches playing soccer with each other from different sides, a bunch of German and French guys playing against some British and German guys on the other side, people exchanging gifts, people exchanging helmets as souvenirs, people singing together, people getting drunk together from the two opposite sides. And eventually when the officers got them to go back to their job, they returned to trying to kill each other. …

“What was really striking about it is it extended actually two or three days extra, longer than planned, because the officers couldn’t get people to stop doing this. … But that’s an outside force already establishing the cooperation.

“Here’s something much, much more impressive. And this happened in World War I, and it didn’t take a bunch of generals or heads of state to negotiate a truce. The way in which truces would spontaneously emerge over and over again across the trenches. How do you generate a reciprocally cooperative relationship with the enemy in the trenches over there where you don’t speak the same language, and you don’t even see their faces? Here’s what you do.

“You take your best gunner and have him come up and lob a shell twenty yards behind the trench there, and blow up a tree. Now have your gunner lob a shell to hit the exact same spot again. And do it again, and do it again, do it a bunch of times. What are you communicating to the other side? ‘This guy’s really good, and we’re choosing not to put the missile down on top of you. What are you going to do about it?’ 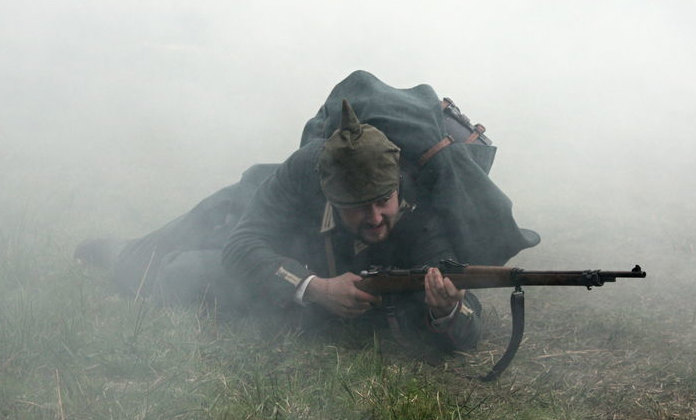 “And then the other side would get out their best gunner and do the thing in return, and you have just worked out a non-aggression pact. And this occurred over and over again in the trench warfare, documented in letters back home to parents saying, ‘Hi, Mom and Dad, Things are okay here. I hope you’re worrying less ‘cause we’ve worked out something. Things are a lot better here, there’s a lot less people getting hurt.’

“Working it out along those lines, working out a tit-for-tat of vulnerability where you had to have a forgiving tit-for-tat. What if somebody messed up and accidentally dropped a shell into the trench on the other side? They got one shot back. Letters: ‘Dear Mom and Dad, Things are okay here. We had an incident the other day. We had this new gunner who didn’t really understand how things work and I heard he killed four people on their side, they shot one back, they took out three of our people, but everything is okay now.’

“Tit for tat, complete with a forgiving element. This happened again and again and again in the trench warfare, and the only thing that stopped it from spreading is the fact that the officers kept insisting that nobody else was doing this, and these guys were gonna get shot and court-martialed if they didn’t stop this.

“And if they had only had cell phones, if they only had communication, if they only had a way of knowing up and down the line that everybody was doing this, they would have stopped the war. Not with a treaty, not with generals, not with heads of state, not with diplomats, but simply a bottom-up way of evolving cooperation and they would have stopped the war if they knew that they weren’t the only ones wanting to do this.”

Human beings really do prefer cooperation. We create it routinely, and in the most unlikely of circumstances.